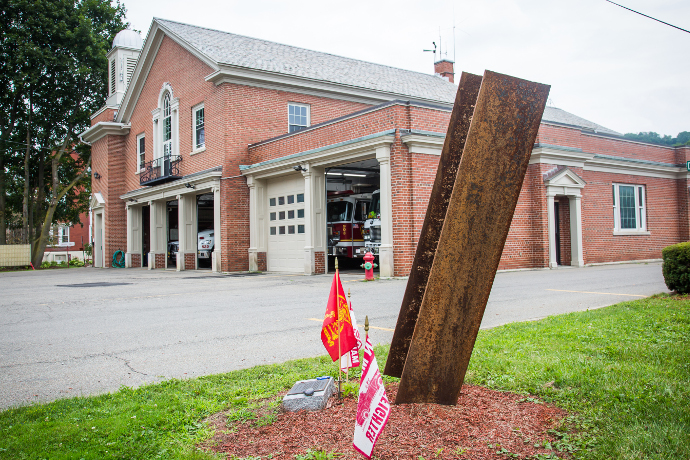 The Homer Fire Department was formed in 1873 with the organization of Triumph Hose Co. No. 1. Since that time the department has grown and changed in many ways. We now are made up of Triumph Hose Co. No. 1, Tioughnioga Hose Co. No. 2, and West Side Hose Co. No. 3. There was a fourth Company, Homer Hook and Ladder Co., which was active from 1935 to 2010. Each of these companies has their own Captain, Lieutenant and administrative officers and has a membership limit of 30 firefighters. The department is very active in terms of the number of alarms we handle. For the year 2009-2010 we ran 772 fire and EMS alarms. Our district is about 125 square miles, and we cover about 13,000 population. This district is made up of the Village of Homer, the Town of Homer, Town of Scott, Town of Summerhill, and the north central portion of the Town of Cortlandville. The department operates from one station situated in the Village of Homer.